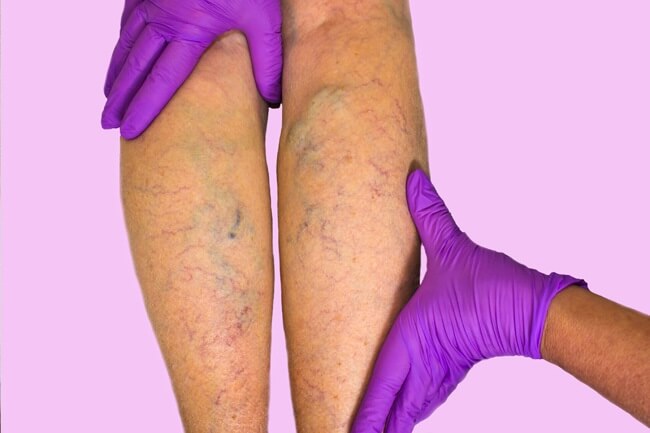 Telangiectases are dilatations of the small blood vessels that are on the surface of the skin. They are also called ‘spider veins. They usually have a reddish color – like wine -, or violet, depending on whether it is an artery or a vein that dilates. They can appear anywhere on the skin, being more frequent in the legs and face. It is very characteristic of the telangiectases that when they are compressed they disappear a few seconds, because the blood they contain is emptied.

Women are most affected by this disorder, probably because estrogen favors its onset. In men, ‘spider veins’ are less common, and are more often associated with some illness.

The main causes for which telangiectasias may appear are: 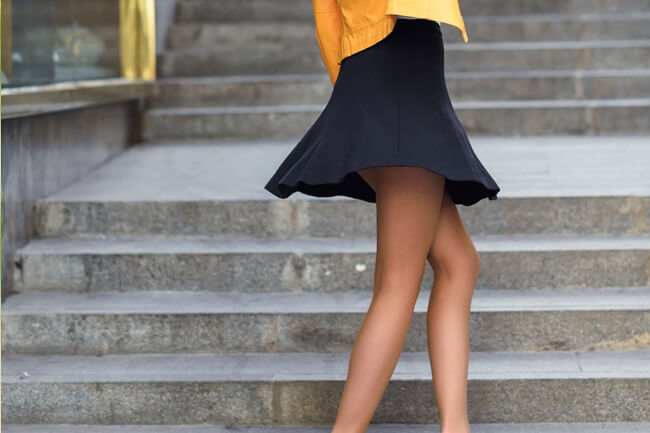 • Genetics: if any of the parents have had telangiectases, it is more frequent that they also appear in their children.
• Sedentary lifestyle: lack of physical exercise impairs blood circulation.
• Pregnancy: During pregnancy, the levels of female sex hormones increase considerably, which favors the appearance of telangiectases.
• Treatment with oral contraceptives: Hormonal treatments can also cause them, especially when it comes to middle-aged people.
• Sunbathing: Solar radiation directly damages the walls of small cutaneous blood vessels.
• Aging: over the years the blood circulation is less fluid, especially in the legs. Telangiectases in children should be consulted with the physician.
• Alcohol intake: it has been directly related to the appearance of spider veins, in both men and women.
• Genetic diseases: they are infrequent and affect at the same time different organs.
• Skin diseases: some skin pathologies are manifested by telangiectases of greater or lesser size, such as rosacea and cell carcinoma.

The telangiectases of the skin are completely asymptomatic. People who have them don’t notice them until they see them and, although they are unsightly, it is rare for pain, itching, or other symptoms to appear in the affected area, so consult a doctor if so. When telangiectases appear on the leg they may be accompanied by symptoms that indicate venous insufficiency, such as swelling of the ankles or the sensation of heaviness in the legs.

Dual Laser is the most powerful laser combination available on the market. This offers the most versatile range of ablative and non-ablative treatments with a single laser system. The most complete laser solution you may need.

The Dual  Laser helps to eliminate all types of vascular lesions including hemangiomas, nevus type malformations of port or moles of blood, telangiectases, and venous lakes. Fine varicose veins or spiders of lower limbs nose or any other area.

Neodymium yag laser (Nd. Yag) uses long pulse wavelength, which offers the perfect solution to treat lesions of vascular type of medium and small size, as it penetrates the dermis 5-6 mm inducing damage to the wall of the vessels without damaging the adjacent tissues, the white organ is the oxyhemoglobin of the blood called chromophore that by thermal effect by instantaneous elevation of the temperature effects on the anterior and posterior walls of the vessel, causing damage with closure of the same. The immune system finishes repairing the tissues.

It is a safe, effective and minimally invasive method.